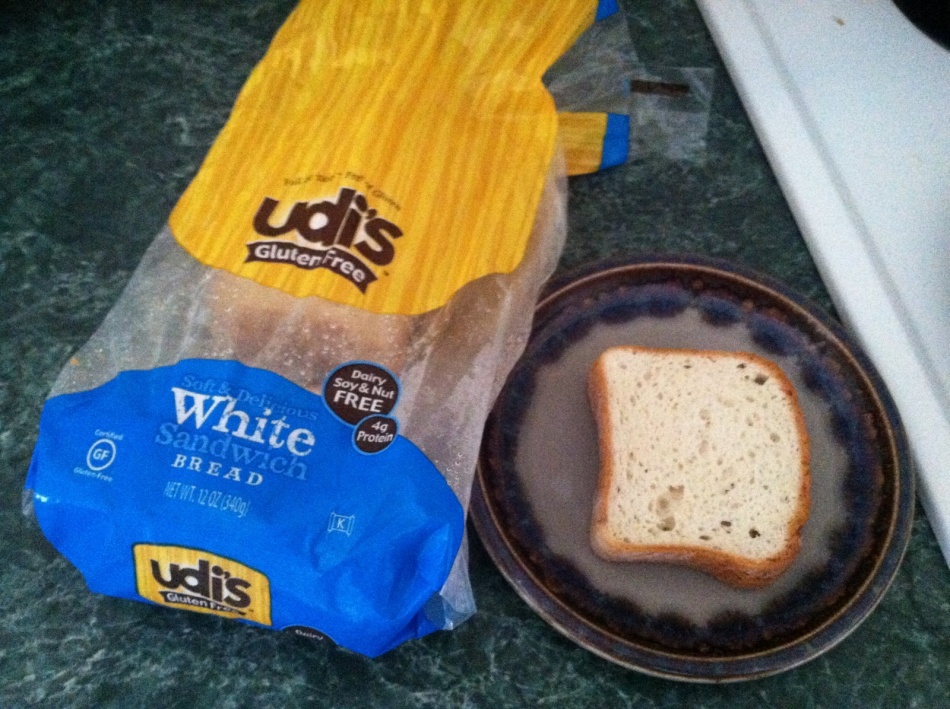 This blog was originally written for and featured on my church’s blog.

When I was 22 I found out that my childhood allergy to gluten had never actually gone away, the way the protein affected me had just changed. It was my last year of college and no one I knew was gluten-free, so there were no easy-access examples of how to alter my lifestyle; gluten seemed to be in the most random things like soy sauce and salad dressings. There were lots of gluten related Google searches (it’s okay, it was pre-Bing) and mistakes, but I slowly figured it out. The one thing that I didn’t know how to deal with was the celebration of the Eucharist.

Growing up in the Methodist tradition, I can’t remember a time where I did not take Communion. I loved the rhythm of it; we all came together to the table and were treated equally. After I went gluten-free, Communion became a stressful occurrence that I often dreaded. In fact, I went almost a year and a half without receiving. When I moved to Seattle I started looking for churches and started attending one that did Communion every Sunday. Luckily when I talked to the pastor about my allergy the church bought gluten-free wafers. It was wonderful, but it was then that I realized how much I valued the unity of Communion.

When someone who is gluten-free comes up to receive the elements, he/she has to stop the person from handing them bread and say they need the gluten-free option. It breaks the rhythm and in turn, the church is no longer one body partaking of the one loaf. I don’t want to sound unappreciative to the countless churches that now provide a gluten-free option, but my aim is to give those who are not gluten-free another view.

As a current seminarian, I recently took a course titled “Theology in an Ecumenical Context” and found a deeper appreciation of the theology behind Eucharist in our United Methodist tradition. We have an Open Table because our founder, John Wesley, believed that conversion could happen at any moment. We come to the table seeking Unity, not division, to be as one body. This is demonstrated beautifully in that United Methodist’s use grape juice instead of wine. Historically we have been teetotalers, but it also shows that we stand in solidarity with those who have issues with alcohol.

Can we stand in solidarity with our brothers and sisters whose bodies cannot digest gluten?

It isn’t easy as when you are accustomed to glutinous bread. There is clearly a reason why most breads are made with wheat (gluten is the protein in wheat, barley, and rye, and works amazingly with yeast) and I will admit that I always toast gluten-free bread as it tastes better. Gluten-free wafers taste like stale, unsalted potato chips and more than once I have been served a rice cracker that was cheese flavored- a nice jolt to the system. What I have discovered throughout the past 5 gluten-free years is that Communion is so much more than how awesome the bread is, it’s about Jesus and the choices he made to bring forth the Kin-dom of God. It’s only a bite (and way better than the cheese rice cracker) and it’s worth it. Because someone who is gluten-free whether it be intolerant or celiac is going to know that it’s safe for him or her to be in Unity with us.

I am proud to be a member of our United Methodist Church as we truly come to the table in unity.

1 comment on “One Bread, One Body: The Unity of a Gluten-Free Communion”